Aerial photo by Construction and Infrastructure project aerial photographer 360photosurvey.com from our full size aircraft (not a drone) at 1500 feet and taken with pro Nikon camera and high powered lens.  We could have taken this shot using a drone, however had we done so we would not have been able to undertake multiple aerial photoshoots at our clients projects as dispersed as Sheffield, Preston, Leamington Spa, Birmingham, Coventry, Leicester, Manchester, Manchester Airport to name but a few…all in one continuous flight operation. 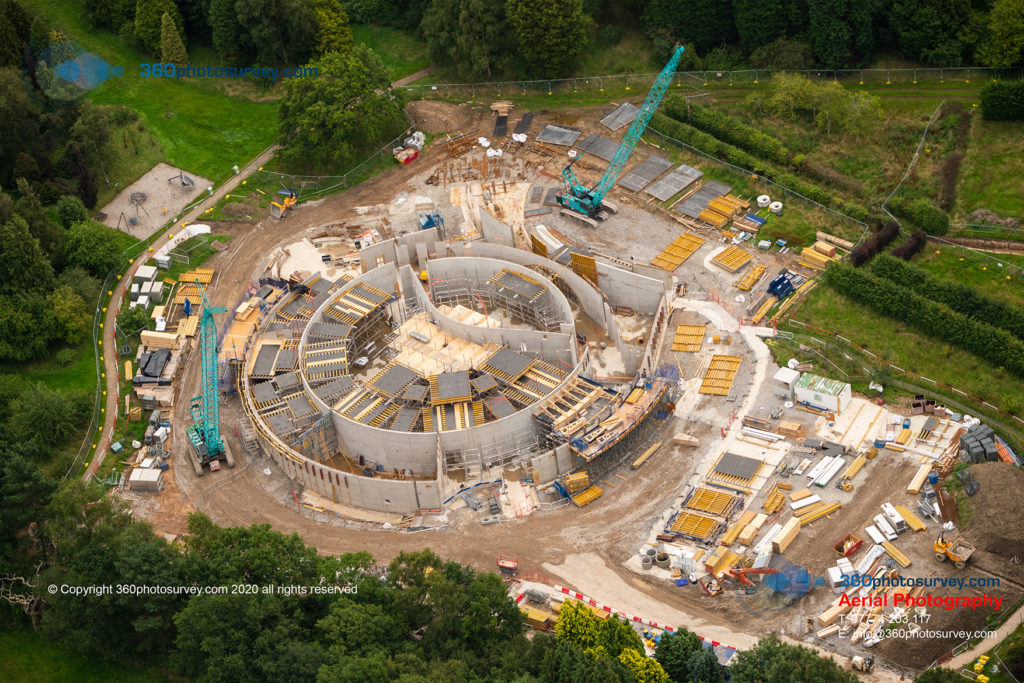