OUR CLIENT WON`T BE PAYING FOR THIS!!!!!

McLaren Construction appointed 360photosurvey.com to undertake a huge photo dilapidation survey prior to their commencing the Queensgate Shopping Centre project in Peterborough. We undertook an extensive stills photos + 360 degree photo dilapidation surveys both within the Shopping Centre public and back of house areas to record polished stone floors, balustrades, shopfronts, ceilings etc and externally including highways, pavements, street furniture and even the adjacent bus station + the nearby car park which was to be used for their site compound.

They now have an incredibly detailed photo record of all these areas, such as this example of extensively damaged paving. Our surveys don`t just show the damaged elements, we photograph it all, proving to be sound and impartial evidence for both Main Contractor and Client.

The cost of the survey at this stage before the project will save a great deal of time, effort and cost trying to resolve potential claims for damage at a later date and will prove an invaluable resource.

360photosurvey.com undertakes photo dilapidation and condition surveys throughout the UK 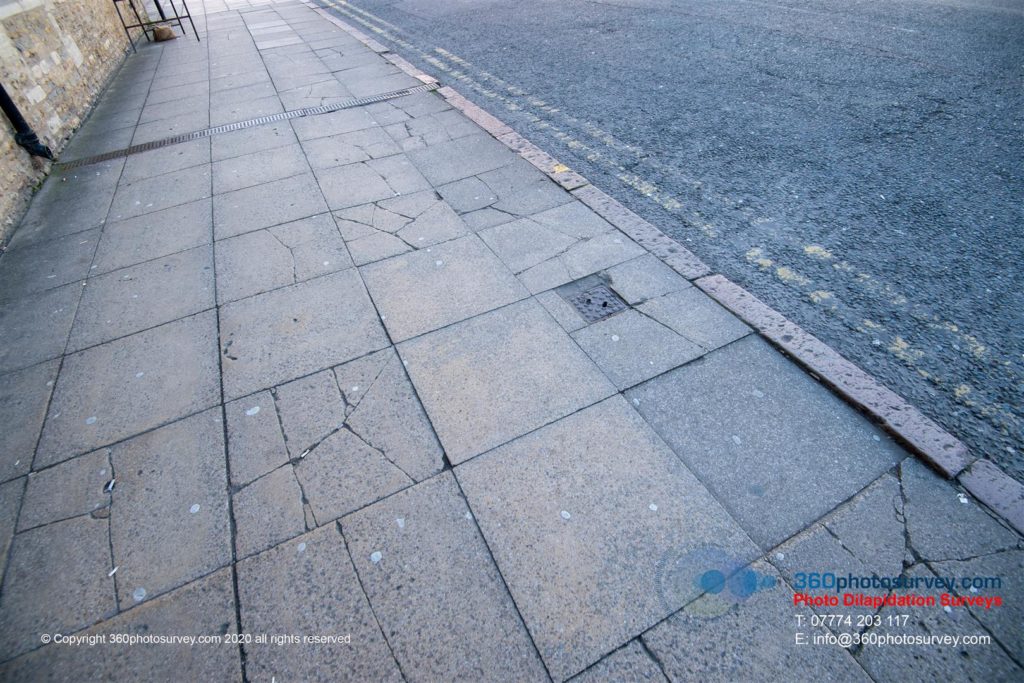