YOUR CONSTRUCTION VEHICLES CAUSED THIS!!!!

The answer for our client Bowmer and Kirkland is NO, this kerbing was already broke! As they had appointed 360photosurvey.com to undertake a detailed photo dilapidation survey of their site and adjacent roads before they commenced work on their Milton Keynes project and as a result they can prove beyond a shadow of doubt it was already in this condition.

The cost of the survey at this stage before the project will save a great deal of time, effort and cost trying to resolve potential claims for damage at a later date and will prove an invaluable resource particularly for example if a Local Authority Highways Department were claiming your vehicles caused it.

360photosurvey.com undertakes photo dilapidation and condition surveys throughout the UK and always come supplied with a location plan identifying the position of all the photographs (we even do 360 degree photo surveys too) 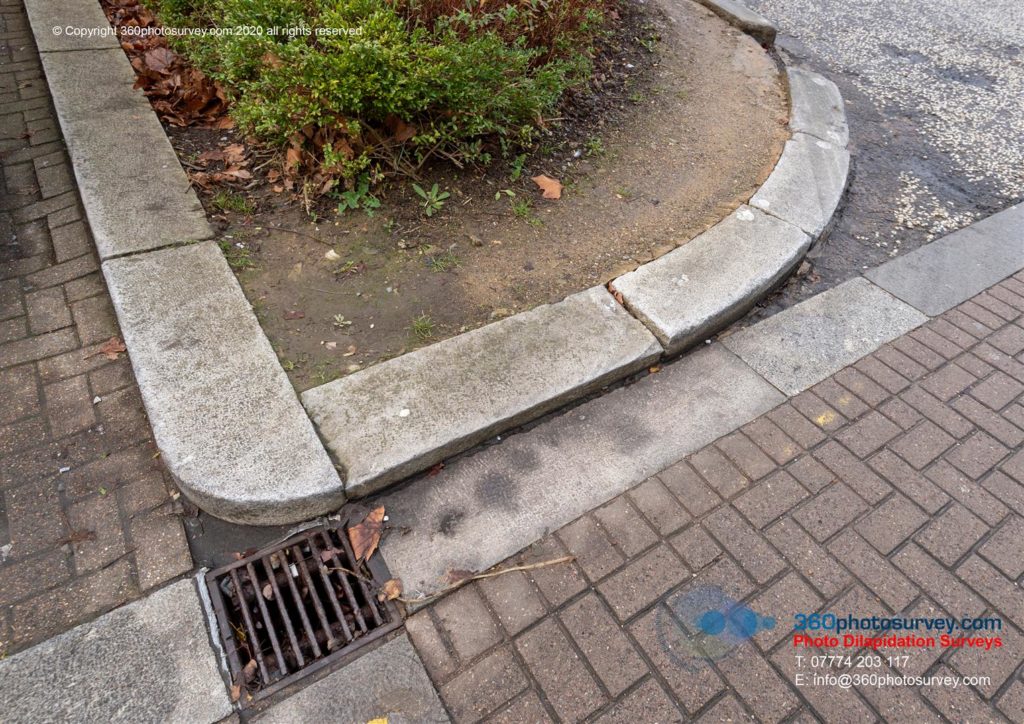